The meeting saw the attendance of State President and Chairman of the National Defense and Security Council Nguyen Xuan Phuc, Prime Minister Pham Minh Chinh, Secretary of the PSCPC and Minister of Public Security General To Lam, Deputy Secretary of the Central Military Commission and Minister of National Defense General Phan Van Giang, among other delegates.

On behalf of the PSCPC and the Ministry of Public Security, Minister To Lam extended the best wishes to members of the Central Military Commission, leaders of the Ministry of National Defense as well as all officers and soldiers of the People's Army on the occasion of the Vietnam People’s Army’s 77th founding anniversary.

He also congratulated the Central Military Commission and the Ministry of National Defense for their successful organization of the Military-Political Conference reviewing the army’s task performance in 2021 and rolling out working plans for 2022, which was held earlier on the same day.

On behalf of the Central Military Commission and the Ministry of National Defense, General Phan Van Giang emphasized that the unity and coordination between the People's Public Security Forces and the People's Army will support the army to complete their assigned tasks in the coming time.

The Defense Minister hoped that the State President and Prime Minister will pay more attention and regularly give directions to the two armed forces so as they can achieve more successes in the future.

Speaking at the meeting, President Nguyen Xuan Phuc affirmed that the solidarity between the People's Public Security Forces and the People's Army is a fine tradition of Vietnam’s armed forces. The State President also spoke highly of the results achieved by the two forces over the past time. 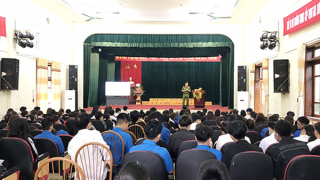 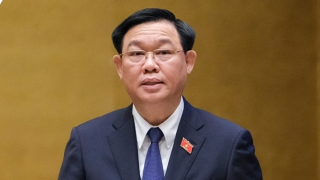 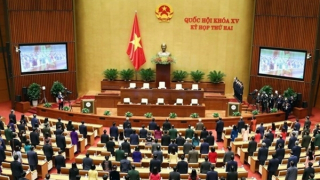