The Chinese leader said his talks with Putin would be devoted to a plan for further bilateral relations and crucial international and regional issues.

Chinese President Xi Jinping believes that his state visit to Russia will be very fruitful and serve as an impetus to advancing bilateral relations.

"I am certain that this visit will certainly yield fruitful results and serve as an incentive to the steady development of Chinese-Russian relations of comprehensive partnership and strategic interaction in the new era," Xi said upon arrival in Moscow on Wednesday.

He said his talks with Russian President Vladimir Putin would be devoted to a plan for further bilateral relations and crucial international and regional issues.

In his opinion Chinese-Russian relations have stood the test of time to become more mature and stable.

"Together with our Russian partners we are prepared to propel bilateral relations to a higher level," Xi said.

Putin and Xi will hold talks on Wednesday. Afterwards they will attend the official handover of two large pandas to the Moscow Zoo and in the evening, a gala concert at Moscow’s Bolshoi on the occasion of the 70th anniversary of diplomatic relations.

On June 6-7 Xi will be the main guest of the St. Petersburg International Economic Forum. 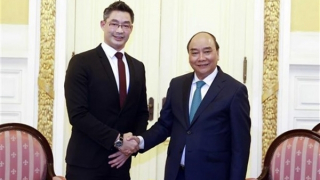 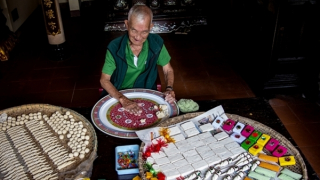