Ambassador Pham Hai Anh, Deputy Permanent Representative of Vietnam to the UN, voiced concerns over the ongoing violation of the Disengagement ò Forces Agreement in the Golan Heights during a closed-door discussion of the UN Security Council (UNSC) on June 14. 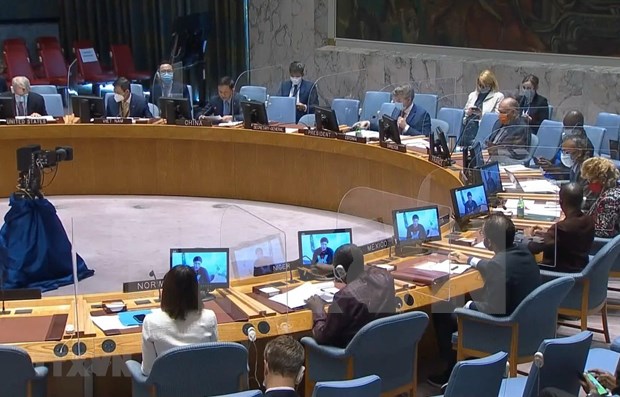 The event saw Jean-Pierre Lacroix, UN Under-Secretary-General for Peacekeeping Operations, briefing about the security situation in the Golan Heights and activities of the UN Disengagement Observer Force in the area (UNDOF).

Anh called on all parties to exercise restraint and respect agreements, international laws and UNSC resolutions regarding the issue, so as to maintain peace and stability in the region.

Vietnam supports the UNDOF’s efforts in easing tension between the parties, he said, emphasising it is important to ensure safety and security of the UN peacekeepers here, particularly protect them from the risk of unexploded ordnance and use of improvised explosive devices made by some extremist groups.

On the same day, the UNSC met to hear quarterly reports on situation in Sudan and Somalia, delivered by Committees 1591 and 751, respectively./.