Vietnam and France set up diplomatic ties on April 12, 1973 and signed a joint declaration on the Strategic Partnership 40 years later (2013). Vietnam always attaches importance to its traditional friendship and cooperation with France and exerts its efforts to deepen the bilateral strategic partnership.

In the past years, both sides have maintained the exchange of high-level delegations and bilateral cooperation mechanisms such as a strategic dialogue on defence-security between the two countries’ Foreign and Defence Ministries, and an annual high-level dialogue on economic affairs.

In the field of defence-security, France was the first Western nation to appoint a defence attaché in Vietnam in 1991. The relationship in this field has developed well, reflected through regular delegation exchanges. In recent visits by the two Defence Ministers, both sides agreed on a bilateral strategic partnership in the defence field.

In terms of economic, trade and investment cooperation, France is Vietnam’s fifth biggest trade partner in Europe, following Germany, the UK, the Netherlands and Italy. In 2017, two-way trade hit US$4.6 billion, up 11.6 percent from 2016. Of the total, US$3.35 billion came from Vietnam’s exports which are mainly footwear, garment and textiles, ceramics, rattan goods, seafood, machinery and electronic parts.

Vietnam imported US$1.27 billion worth of aviation equipment, industrial machines, pharmaceutical and agricultural products, food, and cosmetics.
Bilateral trade in the first six months of this year came to US$2.3 billion.

Last year, France ranked third among European nations and 16th out of 114 nations and territories investing in Vietnam, with 512 valid investments projects worth US$2.8 billion. The country’s direct investments in Vietnam focus on information and communications, and manufacturing and processing, and are spread in 36 localities. To date, Vietnamese investors have run nine projects in France with a total registered capital of US$3.04 million.

France is Vietnam’s leading ODA provider in Europe and Vietnam ranks second among the recipients of France’s ODA in Asia, with a total US$18.4 billion committed from 1993. The Southeast Asian country is also among a few nations receiving assistance from all three financial aid channels of France: namely ODA, preferential loans of the French Development Agency (AFD) and those of the Priority Solidarity Fund (FSP). To date, France has provided Vietnam with 2.2 billion EUR (US$2.49 billion) in aid and preferential loans.

Cooperation in education and training between the two countries has formed and developed since 1980s. France always considers education and training a priority in its cooperation activities in Vietnam, with the focus on the teaching of French language and human resources training in the fields of economic management, banking, finance, law and new technology.

The two countries’ cultural exchange has been thriving as well. The French Government provides about 5 million EUR (US$5.6 million) for cultural cooperation activities with Vietnam each year. The European nation also ranks seventh among the countries and territories investing in Vietnam’s tourism, with 14 projects worth US$188 million.

In November 2009, both sides inked a cooperation agreement on using nuclear energy for peaceful purposes.

Moreover, cooperation between localities has become a typical feature in the Vietnam-France relations. At present, 38 French localities have set up partnership with 18 Vietnamese provinces and cities.

In the field of health, the two countries have 30 cooperation projects with the priority given to training.

Currently, there are around 300,000 Vietnamese people living in France.

It is expected to boost political and diplomatic ties, expand economic and trade cooperation, and step up collaboration in security defence, education, training, science technology, and energy between Vietnam and France. 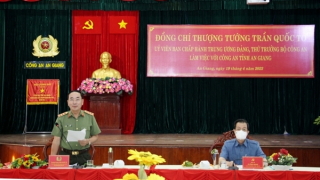 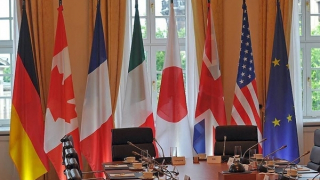 G7 to increase pressure on Russia due to situation in Ukraine 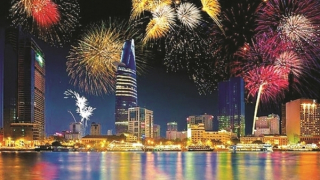 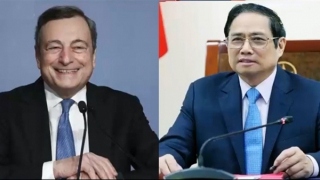 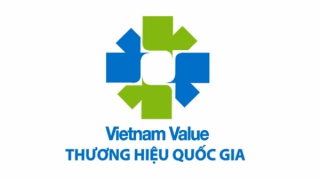 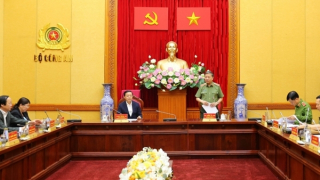 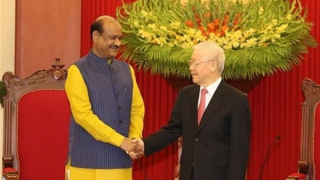 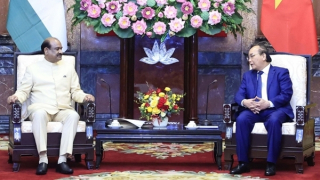 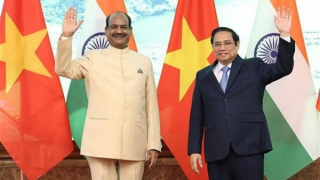 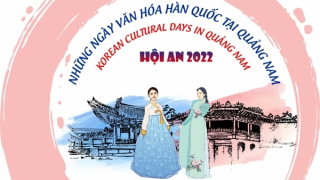