The Secretariat of the Party Central Committee on October 1 looked into disciplinary measures against the Standing Board of the Party Committee of the Vietnam Coast Guard (VCG) in the 2015-2020 tenure and a number of individuals for their violations. 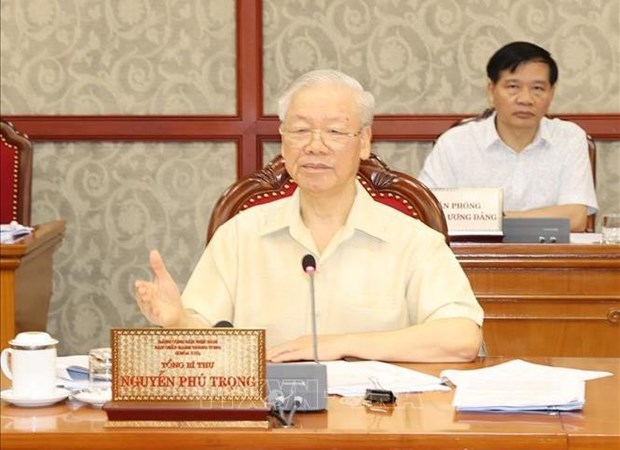 The Secretariat said the Standing Board of the VCG Party Committee in the 2015-2020 tenure had seriously violated the principles of democratic centralism, and criticism and self-criticism, working rules, and regulations set by the Central Military Commission.

As a result, many officials and Party members, including the Secretary and Vice Secretary of the Party Committee, the Commander and Deputy Commander, have displayed degradation in political thought, morality and lifestyle, causing extremely severe consequences.

They have showed a lack of responsibility and supervision and loosened leadership and directions, creating conditions for the High Command and its units to violate the Party’s regulations, the State’s laws, and the Defence Ministry’s regulations on financial management and use, the implementation of infrastructure projects, the procurement of technical equipment, materials and goods, and the fight against smuggling, causing serious consequences.

According to the Secretariat, such wrongdoings by a number of high-ranking officers have led to huge economic losses to the State, while seriously affecting the prestige of the Party organisation as well as the image of the Vietnam Coast Guard and the Vietnam People’s Army, triggering public concern.

Taking into account collective achievements and contributions, and repentance of each individual, the Secretariat decided to give a warning to the Standing Board.

The Secretariat also expelled two Major Generals, including one under temporary detention, from the Party and dismissed two Lieutenant Generals and five other Major Generals from their Party posts.

The Central Military Commission was assigned to continue instructing the handling of Party organisations and individuals concerned in line with the Party’s regulations and the State’s laws.

Schools in HCM City disinfected to welcome students from December 13