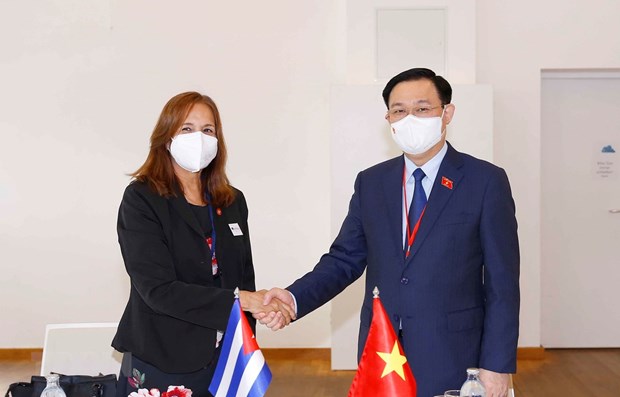 The top legislator of Vietnam thanked Cuba for its good will in cooperating with Vietnam in vaccine technology transfer and vaccine production, as well as its intention to provide a large amount of Cuba’s Abdala COVID-19 vaccine in the coming time.

He also spoke highly of Cuba’s sending delegations of medical workers to help countries fight COVID-19 despite facing difficulties caused by the economic embargo against the country.

For her part, Ana Maria Mari Machado appreciated Vietnam’s valuable support for Cuban people in the times of hardships triggered by COVID-19.

She underlined that Cuba stands ready to cooperate with Vietnam in vaccine technology transfer to support the country’s COVID-19 prevention and control efforts.

The legislators agreed that Vietnam and Cuba need to maintain the exchange of delegations at all levels to share information and experience in fields that they hold strengths in, contributing to their national construction and development causes.

They also consented that the two parliaments should boost their cooperation and turn their ties into a significant cooperation channel in the bilateral relations./.

PM holds phone talks with US Presidential Envoy for Climate

Minister To Lam meets with voters in Hung Yen