Moving forward, both sides will boost collaboration in communication work to raise public awareness of their great friendship, ties of special solidarity, and comprehensive co-operation between the Parties, States, and peoples of the two countries, as well as the numerous achievements they have recorded across a variety of fields.

They will also select a number of documents and publications which will be translated to serve to improve communication work, unite to develop information products in the two countries, and facilitate greater exchange and co-operation between information and education boards at all levels, especially in border localities.

A co-operation plan will therefore be devised to popularise the major celebrations of the two Parties and States.

During talks, the officials briefed each other on the situation of their respective Parties and countries, as well as consenting to step up communication work to celebrate the 60th anniversary of the bilateral diplomatic ties in 1962. This is along with 45 years since the signing of the Treaty of Amity and Cooperation which happened on July 18, 1977, and the Vietnam-Laos, Lao-Vietnam Friendship and Solidarity Year 2022.

As part of the occasion, the Vietnamese commission presented 20 computers to Laotian representatives. 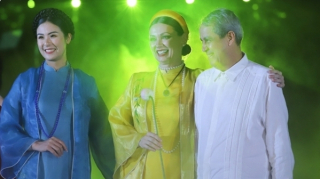