Italian Prime Minister Matteo Renzi vowed to resign after suffering a crushing defeat on Sunday in a referendum on constitutional reform, tipping the euro zone's third-largest economy into political turmoil.

His decision to quit after just two and a half years in office deals a blow to the European Union, already reeling from multiple crises and struggling to overcome anti-establishment forces that have battered the Western world this year.

The euro fell to 20-month lows against the dollar, with markets worried that instability in the euro zone's third-largest economy could reignite a dormant financial crisis and deal a hammer blow to Italy's fragile banking sector.

Renzi's resignation could open the door to early elections next year and to the possibility of an anti-euro party, the opposition 5-Star Movement, gaining power in the heart of the single currency. 5-Star campaigned hard for a 'No' vote.

"I take full responsibility for the defeat," Renzi said in a televised address to the nation, saying he would hand in his formal resignation to President Sergio Mattarella on Monday.

Mattarella will have to embark on a round of consultations with party leaders before naming a new prime minister -- Italy's fifth in as many years -- who will be tasked with drawing up a new electoral law.

The 'Yes' won almost 40.9 percent of the vote on Sunday compared with 59.1 percent for 'No', according to a final vote count.

About 33 million Italians, or more than two-thirds of eligible voters, cast ballots following months of bitter campaigning that pitted him against all major opposition parties, including the anti-system 5-Star Movement. 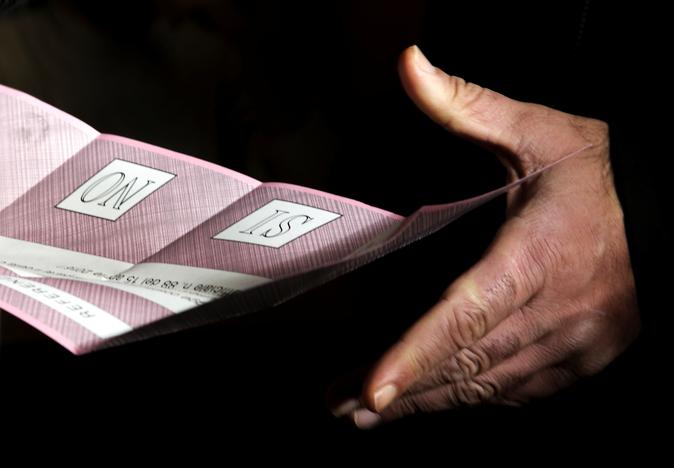 Italy's parties will now have to work together on the new electoral law, with the 5-Star urging a swift deal to open the way for elections in early 2017, a year ahead of schedule.

Opinion polls show Renzi's Democratic Party (PD) is neck-and-neck with the 5-Star, which has called for a referendum on Italy's membership of the euro currency.