Vietnam has fulfilled a number of economic targets this year despite impacts of the COVID-19 pandemic, becoming one of the top 20 economies in the world in terms of international trade.

The country’s GDP grew 2 percent, while its foreign trade value surpassed 660 billion USD, up 21 percent, with a trade surplus of about 2.1 billion USD. Notably, foreign direct investment (FDI) poured into the country hit over 29 billion USD, up nearly 500 million USD from last year.

These achievements are attributable to efforts by the entire political system, the business community and people, along with the Government’s flexible decisions and policies.

Vietnam has shifted its strategy from “zero COVID-19” to safely and flexibly adapting to and effectively controlling the pandemic, helping to maintain economic activities.

Such policies and strategies have consolidated public confidence in the Government, and encouraged them to join hands in pandemic containment and economic development.

Vietnam has fulfilled a number of economic targets this year. (Photo: VNA)

The fourth wave of pandemic outbreaks, which began late April, has prompted prolonged social distancing in a number of cities and provinces which are industrial hubs and top contributors to the State budget like Ho Chi Minh City, Hanoi, Da Nang, Can Tho, Bac Ninh, Bac Giang, Binh Duong and Dong Nai, resulting in sluggish production, disrupted supply chains and a decrease in the purchasing power.

Up to 1.8 million labourers lost their jobs or part of their incomes in the third quarter of this year, up 700,000 from the previous quarter, and the country’s economy contracted 6.17 percent – the sharpest drop since Vietnam began calculating and announcing its quarterly GDP.

As a result, in the first nine months of this year, the national GDP was up only 1.42 percent. However, the country’s socio-economic development has bounced back since October, as informed by Prime Minister Pham Minh Chinh at the Country Strategy Dialogue on Vietnam 2021 held at the end of the month.During the January-October period, newly-registered FDI into Vietnam rose 11.6 percent and export went up 16.6 percent year-on-year.

For a firm macro foundation, the country has issued unprecedented incentives for people and businesses affected by COVID-19, and made timely adjustments to policies.Each locality has also adopted their own ways in implementing policies and guidelines of the Government to achieve the dual goals of pandemic combat and economic development.

The northern province of Quang Ninh is an example, which has fought the pandemic early and from afar in line with resolutions of the National Assembly, and instructions of the Government.As a result, Quang Ninh is among very few localities that have posted the highest growth rate nationwide, reaching double-digit growth. 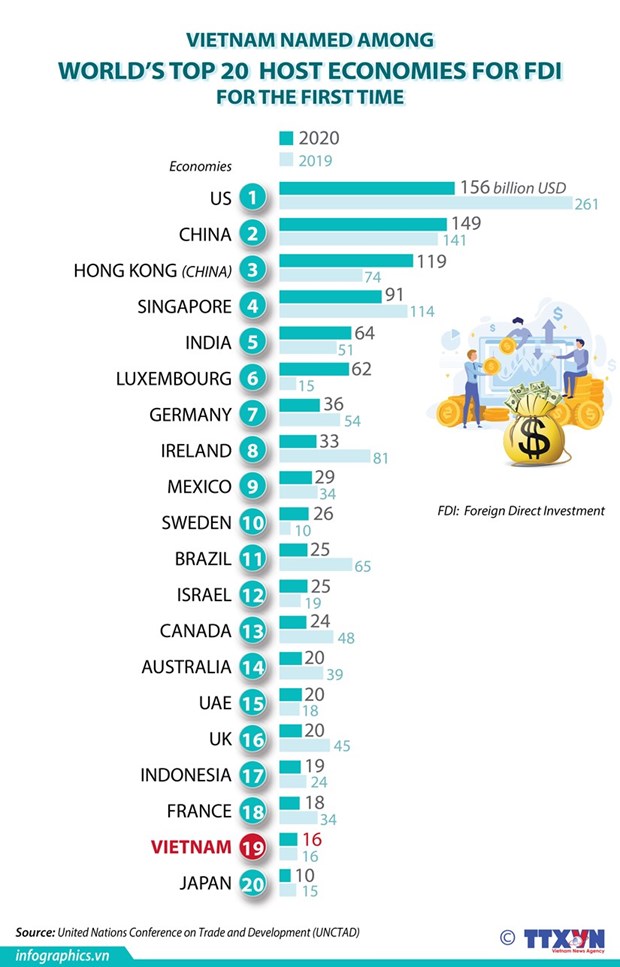 With the timely, flexible policies, Vietnam is expected to see a GDP growth of over 2 percent this year, and the agricultural sector would expand 2.8 percent, continuing to be a pillar of the national economy.

Given the emergence of the Omicron variant that would greatly threaten the economy of Vietnam and the world, experts suggested that Vietnam should kick off its economic recovery programme early, and deal with limitations of the previous support packages in order to reach the economic growth target of 6-6.5 percent in 2022 as set by the legislature.

The NA is scheduled to convene an extraordinary meeting late December to discuss major matters, including those regarding fiscal and monetary policies mentioned in the economic recovery and development submitted by the Government.

ADB Country Director in Vietnam Andrew Jeffries said the recovery of Vietnam’s major partners, plus increased vaccination in the country would help to boost trade and facilitate economic reopening of the country.

Deputy Minister of Planning and Investment Tran Quoc Phuong pointed out the five groups of solutions in the economic recovery and development programme for the 2022-2023 period, covering the COVID-19 combat and medical work, social welfare, business support, public investment promotion and management, ensuring macro balances, and controlling inflation and risks.Many experts shared the view that if the programme is rolled out well, the economy would expand by 1 - 1.5 percentage points.