PSNews - General To Lam, Minister of Public Security received Australian Minister of Foreign Affairs and Minister for Women Marise Payne in Hanoi, on November 9. At the reception, General Lam suggested Vietnam and Australia enhance cooperation in all spheres, including national defence and security.

At the reception, General Lam said over the past years, with the support of the Australian Ministry of Foreign Affairs, cooperation between the Vietnamese Ministry of Public Security and law enforcement agencies of Australia has been strengthened in crime combat, immigration management and legal assistance, among others.

According to the minister, the Vietnamese Ministry of Public Security and the Australian Department of Home Affairs have been effectively implementing signed cooperation documents and the minutes of the second Vietnam-Australia Vice-Ministerial Security Dialogue that took place in Hanoi in December 2019.

He added that the third dialogue is set to be held after the COVID-19 pandemic is put under control.

Minister Lam suggested the two sides should work to effectively roll out the 2018 agreement on the transfer of sentenced persons, the 2013 treaty on extradition, and the memorandum of understanding between the Vietnamese Ministry of Public Security and the Australian Federal Police regarding the fight against cross-border crimes and cooperation between public security forces of the two countries.

For her part, Payne expressed her belief that cooperation between the two countries in general, and law enforcement agencies of Australia and Vietnam in particular will produce further achievements in ensuring social order and safety, and combating crimes.

She pledged to do her best to promote cooperation between Australian partners and the Vietnamese ministry, regarding this as an important factor to raise trust and boost collaboration between the two countries. 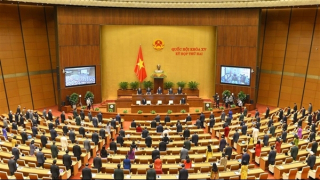 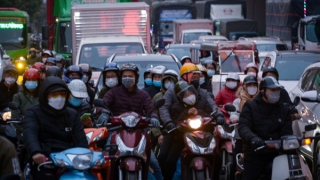